The Federal Government has commenced the distribution of planting materials and equipment to farmers affected by flood in Kebbi and Jigawa States.

Minister of Agriculture, Alhaji Sabo Nanono, on Friday, flagged off the distribution at separate events at the Kebbi Stadium, Kebbi and Auyo Secretariat of Auyo LGA, Jigawa.

Both states, among other affected states in the country, had been ravaged by floods which destroyed hectares of farmlands, in September.

Nanono, during a visit to the victims in Kebbi, had pledged the presidency’s support and assistance. This was contained in a press release signed by the Minister’s Technical Assistant on Media, Ahmed Aminu.

The items were doled out in time for the start of dry season irrigation farming just as promised by the minister during his earlier visit.

In Nanono’s remarks, the COVID-19 pandemic, in addition to the floods, had greatly hampered food production across the country.

He expressed confidence in the ability of this intervention to help all affected by these unfavourable conditions, adding that it would be extended to other states affected by the flood. 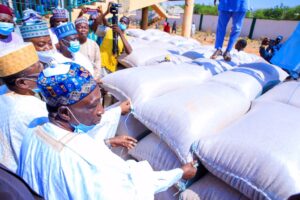 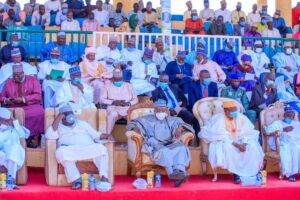 “This is the first tranche of what we have in our Federal Department of Agriculture store. More support from the Ministry will still come to you. This is another promise that would be fulfilled In sha Allah”, he said. 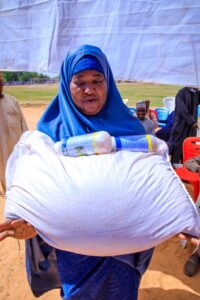 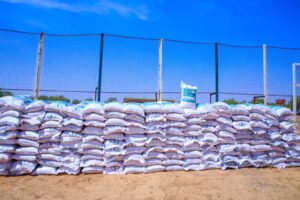 On his part, Kebbi State Governor, Alhaji Atiku Abubakar Bagudu lauded the ministry for coming to the aid of farmers who had lost billions of Naira worth of crops, livestock and homes to the recent flood disaster.

The governor who was represented by his deputy Colonel Sama’ila Yombe Dabai (rtd), expressed confidence that the farm input will boost dry season farming in the state.

Speaking further, Nanono pledged to address the issue of fertiliser scarcity, commending the farmers for their perseverance. 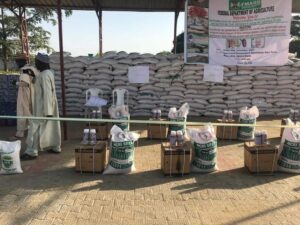 He also urged the farmers to intensify their efforts towards helping the country attain self-sufficiency in food production.

Burning Down my Mango Plantation Will Not Discourage me -Obasanjo