Families of the slain Zabarmari farmers have received N600,000 and bags of food items from the Borno State Government to support their livelihoods even as they mourn their departed loved ones.

The donation was disbursed by a committee assigned by Governor Babagana Zulum to transparently convey external donations to the victims.

Reports revealed that the fund was a combined effort of the Nothern Governors Forum and the Northeast Development Commission (NEDC) to the tune of N20m and N5m respectively. 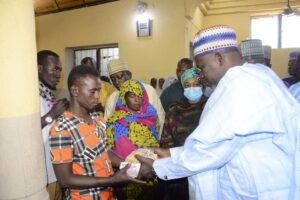 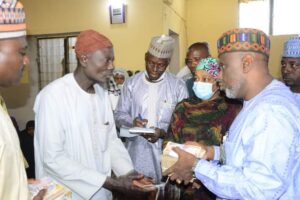 This was in direct response to the calls made by the All Farmers Association of Nigeria (AFAN) led by its National President, Alhaji Farouk Rabiu Mudi at the just concluded 2020 Feed Nigeria Summit.

AFAN, at the Summit, had urged the government to show more concern to the plight of the bereaved families, while also demanding improved security for farmers across the country. 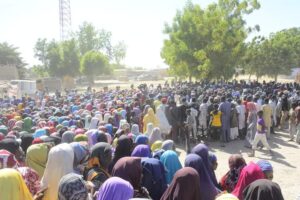 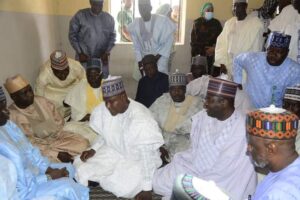 The distribution, chaired by Borno’s Commissioner for Youths and Sports, Saina Buba, took place in Zambarmari on Thursday.

Zabarmari, where the victims lived before they were killed, is located at Jere, in the central part of Borno State.

These items were donated by the Federal Ministry of Humanitarian Affairs and Social Development for distribution to the families, Committee Chairman, Buba announced.

Earlier, the Borno state government had given each bereaved family N200,000 on Zulum’s directive.

According to Buba, the donation was not a compensation for the deaths of their loved ones, but to reduce hardship resulting from gaps in access to livelihoods created by the death of mostly male victims, who were breadwinners of the bereaved.