They made the call on Tuesday while speaking at the Gender and Nutrition Plenary of the Feed Nigeria Summit 2020 held at the Ladi Kwali Conference Centre, Sheraton Hotel and Towers, Abuja.

This year’s edition of the Summit, which was themed: Agribusiness: Leading Nigeria’s Recovery, was held on Tuesday and Wednesday, December 1st and 2nd, 2020.

The plenary, with the theme: Mainstreaming Gender, Nutrition and Financial Inclusion in Rural Development Efforts, was moderated by the Senior Special Adviser to the Ogun State Government, Mrs Angel Adelaja. 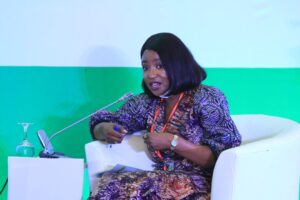 Speaking during the plenary, the Head of the Gender Desk at the Federal Ministry of Agriculture and Rural Development, Mrs Ifeoma Anyanwu, called for greater inclusion of women in agriculture, citing the 35% affirmative action required by the National Gender Policy in Nigeria passed since 2006. 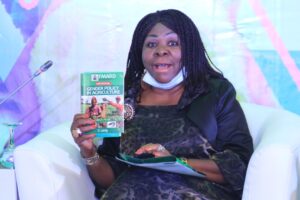 Anywawu explained, “Last year, the Federal Ministry of Agriculture and Rural Development (FMARD) launched the Gender Policy in Agriculture. If agriculture is to be the engineering room for the development of Nigeria, then our gender issues must be addressed.

“There are many gender issues in Nigerian agriculture despite the fact that women are responsible for the majority of agricultural activities in this country.”

On how to mainstream gender in agriculture, Anyanwu cited the area of financing where she said women and other vulnerable groups should be given grants.

She also observed that stringent conditions attached to agricultural loans like seeking husband’s permission, among others, should be erased.

“We need to mainstream gender by sharing responsibility and resources. It is not about taking over. Empower women to enhance productivity,” she said.

On her part, the Technical Advisor on Women and Youth in Agribusiness at FMARD, Ms Zainab Umar, submitted that “there is a higher level of vulnerability for women in agriculture”. Umar, therefore, called for capacity building for women in the sector.

Also speaking, the Technical Advisor on Livestock Development at FMARD, Dr S. Momale offered key steps on how women’s role in the livestock sub-sector could be taken beyond menial roles. 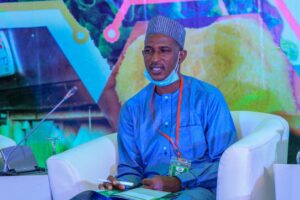 According to Momale, part of the problem is that men are not willing to share their profits and return on investment from agricultural productions but only responsibilities.

The advisor, therefore, called for capacity building for women in the area of education, skill acquisition, training and retraining, adding that these steps are critical to addressing the vulnerability of women in the agricultural sector.

The post #FNS2020: “Mainstreaming Gender in Agriculture Not About Taking Over” appeared first on AgroNigeria.

BOA to Deliver on Its Mandate Under My Watch – Agric Minister