Creation of awareness, mobilisation of policymakers, adoption of integrated farming techniques and increased investment in data collection are some of the critical steps Nigeria can take to reverse the current effects of climate change in the country.

Others are increased support for research and extension service delivery through the use of the tools of Information Communication Technology as well as the promotion of knowledge-driven modern agricultural practices.

These are according to stakeholders who spoke at the Adversity Mitigation Session of the just-concluded Feed Nigeria Summit 2020 organised by AgroNigeria and held at the Ladi Kwali Conference Centre, Sheraton Hotel and Towers, Abuja.

This year’s edition of the Summit, which was themed: Agribusiness: Leading Nigeria’s Recovery, was held on Tuesday and Wednesday, December 1st and 2nd, 2020.

Recent floodings across regions in Nigeria have left at least a 100 persons dead, according to estimates by Vanguard Newspaper.

Stakeholders during the session moderated by Mr Richard-Mark Mbaram, Technical Adviser on Knowledge Management and Communications to the Minister of Agriculture and Rural Development, spoke on the topic: Climate Change and Insecurity: What to Do and When.

Plant Virologist at the Department of Biological Sciences, Covenant University, Dr Angela Eni, called for increased adoption of climate-smart agriculture in order to slash the contributions of agricultural productions to changing climate conditions.

She noted that there was the need to encourage farmers to adopt integrated farming practices where a mix of livestock and crop farming take place on the same land with dung from the reared animals dung being used as manure.

Further, the don called on the Federal Government to formulate, support and fund new policies and practices they want farmers to adopt while also incentivising them in the process.

In addition, Dr Eni advocated for insurance of farmers against unpredictable weather conditions, saying, “Leaving the risks to farmers alone is not the way to go. We also need to decide what to insure: the seeds, the farm, etc?”

Eni further explained, “Agriculture is a culprit and has contributed a lot to greenhouse gasses, especially in animal production. So, climate-smart agriculture is the way to go as this takes into consideration things to be done to reduce the contribution of agriculture to climate change problems.

“A lot of education and awareness among stakeholders, policymakers, farmers, etc. need to be carried out so that each will know what role to play and how to react in the face of ciliate variability.”

The don also advocated for investment in data collection and building in order to change the way things are done currently.

She further reiterated the need for effective coordination of all programme activities between the federal, state and local governments.

“Policy change is also important. We are advocating for existing policies that can be adjusted for climate-smart agriculture instead of making new ones, except when there are too many inadequacies,” she added.

On his part, the National President of the All Farmers Association of Nigeria (AFAN), Alhaji Farouk Rabiu Mudi, decried the impact of climate change on farming.

“Kano lost over 40% of wheat crop harvest last year due to unexpected massive rainfall,” he said. Mudi also listed the lack of policy continuity and consistency on the part of the government as a major challenge.

“Everybody wants my produce and not me [the farmer],” he pointed out, adding that pest attack, thievery, the politicisation of agriculture and poor pricing by consumers are some of the major impediments troubling farmers.”

On tackling the scourge of insurgency and insecurity on farming practice in Nigeria, Mudi explained that the umbrella body had been engaging stakeholders in Kebbi, Katsina, Zamfara and other states on the way forward.

He added that AFAN was the first to approach telecommunications giant, 9Mobile Nigeria, for the former’s inclusion in the latter’s 9mobile Payment Service Bank (9PSB) to foster digital service delivery for farmers nationwide. 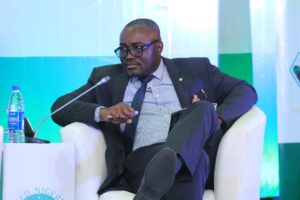 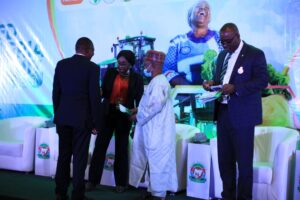 Ikani observed that extension service delivery based on the Agricultural Development Programmes of the Federal Government of Nigeria and the World Bank first introduced to Nigeria in 1974 was no longer workable.

“Extension outfits in Nigeria today are moribund. They are run by the states through the Agricultural Development Programmes (ADPs). Agriculture is on the concurrent list, and so the Federal Government cannot impose its agenda on the state governments.

“The ADPs started in the 1970s but now funding for them has been exhausted and counterpart funding from the Federal Government is no longer forthcoming.

“Modern agriculture is knowledge-driven. Since the ADP is moribund, NAERLS is taking advantage of ICT tools to bring knowledge to farmers. For example, we started the Farmer’s Desk to address farm complaints and fears through mobile phone call-ins.”