The new NABDA DG succeeds Prof. Alex U. Akpa, who had been Acting DG of the Agency for over two years.

Until his appointment, Mustapha, who hails from the Dambatta Local Government Area of Kano State, was a lecturer at Federal at the Federal University, Dutse, Jigawa State.

The DG who had held several academic and administrative positions, was a Dean of the Faculty of Science and Science Education; Deputy Dean, School of Post Graduate and Head of Department at Kano State University of Science and Technology.

He is also a member of the Nigerian Institute of Chartered Chemist (MICCON), Royal Society of Chemistry, United Kingdom (MRSC) and Fellow Chemical Society of Nigeria (FCSN).

Speaking on his new role, Mustapha who expressed gratitude for his appointment, vowed to uphold the tenets of NABDA and drive its mandates forward. 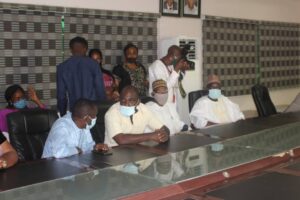 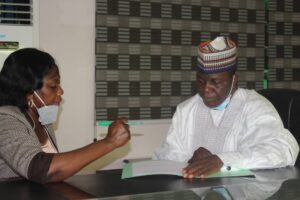 He called for support, partnership and cooperation in promoting biotechnology activities in Nigeria and Africa at large.

NABDA is established under the aegis of the Federal Ministry of Science and Technology to promote, coordinate, and set research and development priority in biotechnology for Nigeria.

The post Abdullahi Mustapha is New DG/CEO of NABDA appeared first on AgroNigeria.