Nanono made the observation in a media chat with journalists in Kano State. 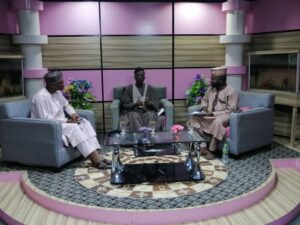 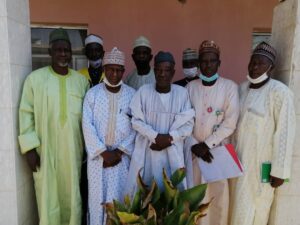 AfCTFA, which Nigeria joined as a signatory in July 2019, officially took-off on January 1, 2021, after months of delay as a result of the outbreak of the COVID-19 pandemic.

The Agriculture Minister observed that with Nigeria’s more than 92 million hectares of fertile and cultivable land, favourable climate condition and an abundant and resilient workforce, the country stands to be the biggest beneficiary in the trade relationship that spans across 52 other African countries.

Also speaking during the chat, Nanono called on Nigerians to vigorously embrace agriculture in order to achieve food security in the country.

This was in support of the clarion call for Nigerians to return to the land, meaning to farm and participate in agricultural activities, made by President Muhammadu Buhari last week at the 5th regular meeting of the Presidential Economic Advisory Council held at the State House, Abuja.

“Going back to the land is the way out. We depend on petrol at the expense of agriculture. Now the oil industry is in turmoil. We are being squeezed to produce at 1.5 million barrels a day as against a capacity to produce 2.3 million barrels.

|“At the same time, the technical cost of our production per barrel is high compared to the Middle East production,” Buhari had said.

While listing the strides of Buhari’s administration in agriculture, Nanono submitted that the agricultural revolution initiated under the president has catapulted Nigeria to the position of number one rice producer in Africa and 13th globally.

These feats, Nanono pointed out, has translated into the healthy proliferation of hundreds of rice milling industries across the country, resulting in the meaningful employment of scores of thousands of previously unemployed youths.

He also called upon middle-class Nigerians to invest heavily in the agricultural value chains so as to avail more youths with gainful employment through agro-industries.

The Minister further assured Nigerians that the Federal Ministry of Agriculture and Rural Development under his leadership would not rest on its oars until Nigeria attains the much-needed self-sufficiency in food production.

He also reiterated this commitment to the drive to fully mechanize Nigeria’s agriculture through the massive tractorisation programme of the Federal Government.

Accordingly, the minister noted, about 5,000 units of tractors would be made available to farmers this year through allocation to farm clusters across the country.

The post Agriculture is Nigeria’s Strongest Instrument to Benefit from AfCTFA – Nanono appeared first on AgroNigeria.

We are looking forward to the support of @SyngentaFDN , @akin_adesina @FmardNg @Ogirinye To spark Agricultural seed revolution in Nigeria through these young seed entrepreneurs.
View on Twitter
0
0
Seed & Mech Hubs @Seedmechhubs