Tomato Farmers in Kano State have received soil and pest control items from the Federal Government to help boost productivity and control any form of pest invasion.

Kano State Director of the Federal Ministry of Agriculture and Rural Development, Mr. Abba Gana Yamani, led the distribution of the inputs to the farmers on Tuesday.

Lauding the Minister of Agriculture, Alhaji Sabo Nanono for his efforts toward facilitating the timely release of the items, Yamani said that it would help lift the farmers’ yields.

“He (Nanono) was worried about the damages done by pests on tomato farmlands, and has since then directed the immediate release of the items to avoid recurrence,” Yamani said.

Meanwhile, in December 2020, Nanono flagged-off the 2020 dry season aerial control of pests in Kano to curtail the spread of pests.

Yamani, therefore, assured the beneficiaries of the government’s commitment to revitalize Nigeria’s agriculture and further urged them to make judicious use of the items.

Speaking on behalf of the beneficiaries, Mal. Ibrahim M. Adamu from Kura LGA, expressed their profound gratitude to the Minister for the kind gesture.

AgroNigeria gathered that the items disbursed to 250 men and women farmers include; 250g of soil amender, 5 pieces of pacer, 4 pieces of biotrine, solar-powered light (trap) and a tray. 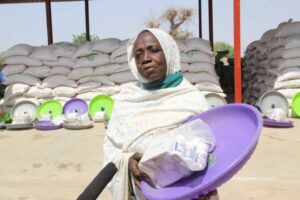 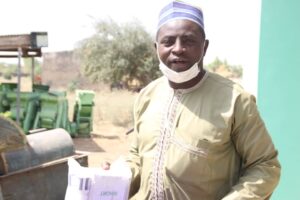 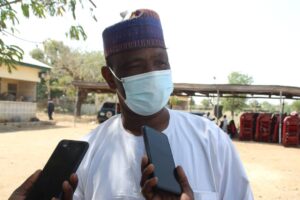 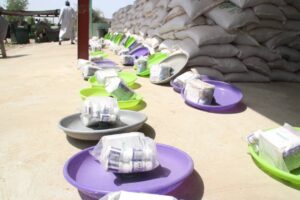