The Federal Ministry of Agriculture and Rural Development (FMARD) has restated commitment towards partnering with stakeholders in the agricultural space on its mechanisation agenda and other viable initiatives.

Minister, Alhaji Sabo Nanono, who made this disclosure, said that the ministry’s initiatives were in line with the current administration’s focus and commitment to diversifying the economy through agriculture.

Nanono said this when he received in audience the Vice-Chancellor of the Kano State University of Science and Technology, (KUST), Wudil, Kano State last week in Abuja. 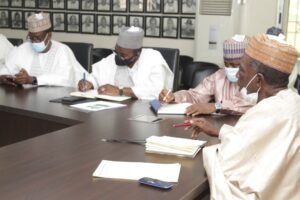 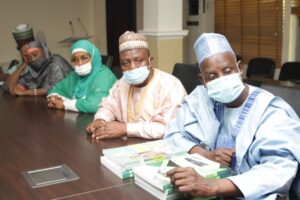 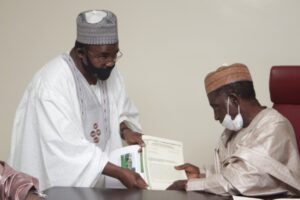 According to the minister, the potentials in the sector were enormous and needed to be optimally explored for its huge benefits including creating jobs and economic growth.

The minister also underscored the importance of the synergy between agriculture and industrialization such as mechanisation.

Last year in May, Federal Executive Council approved a loan facility of 1.2 billion dollars for the ministry to kick-off its plan agricultural mechanization across 632 Local Government Areas of the federation.

Nanono further pointed that strengthening the research institutes for improved seedlings and reinvigorating the extension service delivery system will help to give agriculture a new face in the country.

In his remarks, Nigeria is wealthy and the people must be rich at heart to tap the unlimited potentials in the agricultural sector.

On his part, Permanent Secretary of the Federal Ministry of Agriculture and Rural Development, Dr Ernest Umakhihe said that the ministry was interested in the university’s agricultural programmes and also in the area of technical assistance especially with its Faculty of Agriculture. 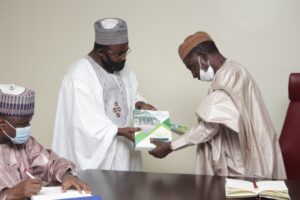 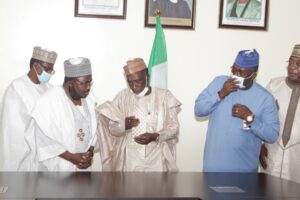 He said, “we are trying to refocus the ministry and broaden the perspective in the way and manner we look at agriculture, we are dealing with the development of the resource base of the country of which agriculture is one of them with over 60 million hectares of arable land to cultivate “.

Also speaking, Vice-Chancellor of the institution, Prof Shehu Alhaji Musa who stated that the visit was to seek the support of the ministry in areas of livestock, poultry and mechanization, lauded the minister for the innovations introduced under his leadership

The VC pointed that the university was also ready to grab the opportunities of partnership offered by the three key departments of the ministry which include; fisheries, livestock and extension services.

The partnership, according to Prof Musa, would benefit Nigerians particularly the youth.