The Nasarawa State Government has appealed to the Federal Government to include the state in its Rural Access and the Agricultural Marketing Project (RAAMP) to establish a rurally developed agricultural system.

RAMP is a Donor Funded Project coordinated by the Federal Project Management Unit under the Federal Ministry of Agriculture and Rural Development (FMARD) and is saddled with the critical responsibility of initiating, developing and managing specific intervention programmes towards rural development.

The initiative seeks to ensure hitch-free execution of projects for the provision of roads, bridges, culverts, and other such rural infrastructures to promote the rural economy.

The request, according to the state government, was also hinged on the proximity of the state to the Federal Capital Territory.

Nasarawa State Governor, Engr. Abdullahi Sule, made this appeal when he paid a courtesy visit to FMARD in Abuja, on Thursday. 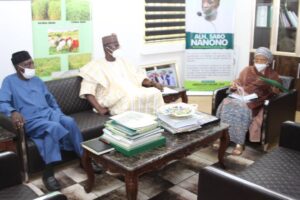 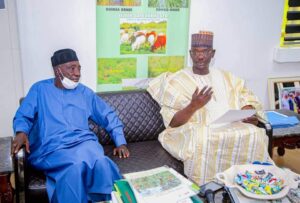 Sule explained that his state was truly an agricultural state and if given the necessary support from the Federal Government it will add value to the agricultural activities and economic diversification projects of the present administration.

This, he added will be particularly in the development of rice, cassava and yam value chains among other agricultural products.

The governor also solicited the support of the Federal Government to pilot the dualisation and construction of some rural roads across the state.

He further lauded the Agric Minister, Alhaji Sabo Nanono and his team for their working visit to the state recently assuring them that his government will engage the youths in agriculture. 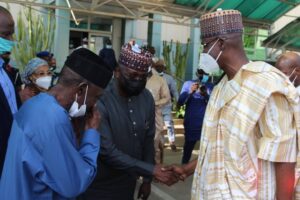 In his remarks, Nanono commended the vast and enormous agricultural potentials of Nasarawa State adding that if properly harnessed would advance job and wealth creation opportunities especially for the teeming youth in the state.

He restated the commitment of the Federal Government for sustained collaboration with the state and to reposition it as a major industrial state that would employ well over 30,000 youths across all local governments.

The minister said that Nasarawa state was key to the agricultural development of the country because of its vast agricultural potentials while assuring the governor that the state’s request would be fast-tracked.