The Federal Government in partnership with the African Development Bank (AfDB) and other relevant stakeholders is set to launch the initial phase of the Special-Agro Industrial Processing Zones (SAPZ) project.

The project will kick off in seven states representing most of the geo-political zones in the federation, namely; Ogun, Oyo, Imo, Cross River, Kano, Kaduna and Kwara.

Pioneered by the AfDB, the SAPZ project is targeted at concentrating agro-processing activities in demarcated areas to boost productivity and integrate production, processing and marketing of selected commodities.

With the International Fund for Agricultural Development (IFAD) and the Bank of Industry also backing the project, it will cut across the 36 States and the FCT where about 140 agro-processing centres will be established.

The centres will be provided with basic infrastructure such as water, electricity and roads as well as facilities for skills training. Smallholders in the catchment areas will be linked to markets across the value chain.

Lauding the progress made so far on the establishment of the SAPZ project, Vice President, Yemi Osinbajo said that the project aligns with the Economic Sustainability Plan and the Next Level programme of the Buhari administration regarding agriculture. 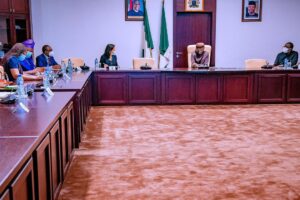 According to Osinbajo, concerted efforts and collaborations with the States were crucial in driving the SAPZ project and ensuring its overall success, “because the States are where the project will be cited”.

The VP remarked, “I am very pleased to see that work has advanced and quite a bit is already being done. There is a need to synergize really concretely with Green Imperative (which is the partnership with the Brazilians), I think there are areas where these two programmes can complement each other.

Speaking on the strategies put in place so far, AfDB’s Acting VP, Ms Toda Atsuko divulged that the Bank has completed a joint appraisal mission across the 36 States with IFAD to initiate the first phase of the project.

She said that the success of the project was hinged on the political will of the Buhari administration, adding that the plan will create jobs, and leverage technology with significant youth participation.

Associate Vice President of IFAD, Mr Donal Brown who joined the meeting virtually, said the organisation would co-finance the project with the AfDB, to create an important opportunity for smallholder farmers in Nigeria.

Meanwhile, IFAD has already begun working with about 150,000 Nigerian smallholder farmers to improve their farm yields, enhance their income and livelihoods.

For the Minister of Agriculture, Nanono, the partnership to establish agro-processing zones was an appreciable development, adding that it would benefit farmers and the entire agriculture sector.

Nanono also emphasised the need for synergy of ideas and efforts to ensure that the Special-Agro Industrial Processing Zones (SAPZ) Programme complements the Green Imperative initiative.

Recall that last year, the Minister alongside the AfDB’s Senior Country Director (Acting), Lamin Barrow, formally flagged off the SAPZ project in Nigeria at the Feed Nigeria Summit (FNS) in December.

With the Federal Ministry of Agriculture and Rural Development (FMARD) as key implementor of the project, AfDB is supporting the project with $500m, while IFAD pledged a $200m support fund. 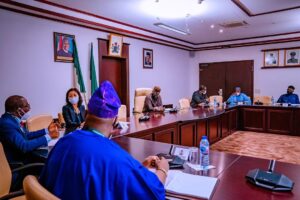 Fish Farmers Flee Farms in Kwara for Fear of Kidnappers