The Federal Government in its continued efforts to cushion the effects of COVID-19 and ensure that Nigeria attains food security has kicked off the distribution of inputs to North Central Women Farmers.

The Minister of Agriculture and Rural Development, Alhaji Muhammed Sabo Nanono, during the flag-off ceremony at the Old Parade Ground in Abuja, said that the exercise was aimed at making quality seeds available to farmers in the area. 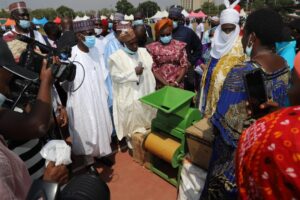 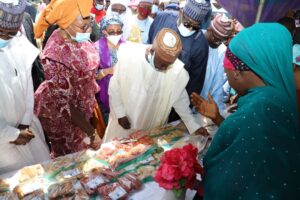 Nanono disclosed that about 7,500 smallholder women farmers from the North Central Zone and FCT will benefit from the exercise.

This is part of the present administration’s commitment to increase production and reduce wastage, Minister added.

Nanono who also noted that nutritional value kits will be distributed to the women said the gesture was part of the government’s commitment to gender equality and women’s empowerment in the agricultural sector.

In his words, “I have deliberately undertaken initiatives aimed at promoting gender equality and empowerment of women.

Nanono, therefore, urged the beneficiaries to make judicious use of the inputs and machinery to help Nigeria defeat hunger and poverty. 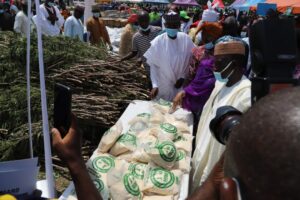 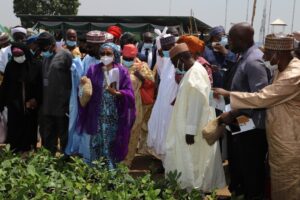 On his part, Minister of the Federal Capital Territory (FCT), Malam Muhammed Musa Bello, lauded the Federal Ministry of Agriculture and Rural Development for its relentlessness towards actualising the food security vision of President Muhammadu Buhari.

Bello, however, noted that his administration was committed to empowering vulnerable members of the society, especially women in all aspects of agricultural pursuits.

AgroNigeria gathered that the Ministers of Water Resources, Labour and Employment, Humanitarian Affairs among others graced the ceremony.

Meanwhile, planting materials, growth enhancer and agrochemicals among other were the inputs distributed to the farmers. 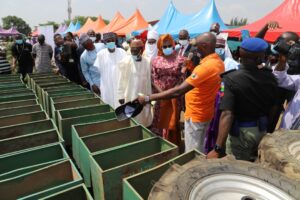 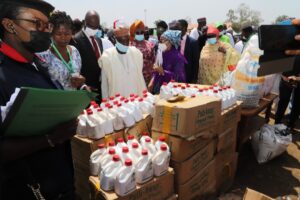 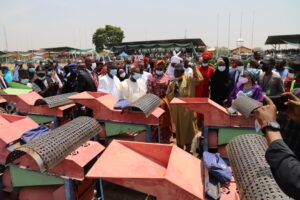 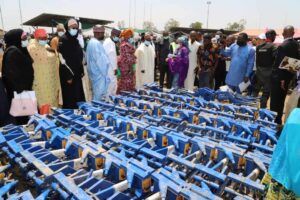 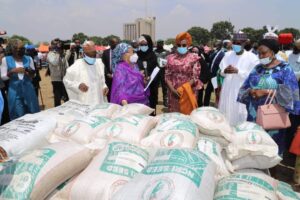