As part of efforts to improve the production capacity of rice nationwide and enhance food security, the Federal Government launched a scheme to train farmers in the rice value chain on improved techniques from farm to market.

The 2-day training, organized by the Gender and Youth Division of the Federal Department of Agricultural Extension, Federal Ministry of Agriculture and Rural Development, targets farmer groups from the six geo-political zones of the federation.

The initial capacity-building phase was held in Kano with farmers from several clusters in attendance. The farmers were empowered in rice production, processing and marketing.

Speaking on the motive of the government while kicking off the training, Mr. Frank Satumari Kudla, Director Federal Department of Agricultural Extension, said that the programme seeks to reduce poverty, increasing food security, create jobs, and accelerating income generation and economic growth on an inclusive and sustainable basis. 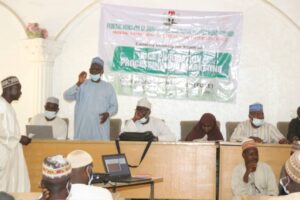 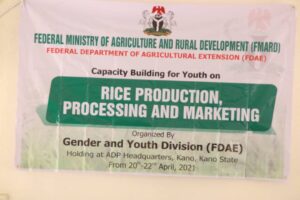 He stated that it will enhance productivity, create jobs and develop rice enterprises to complement the production of high-quality rice in Nigeria that would compete with imported ones.

Additionally, the Director said that the initiative would save the country from the drain in foreign exchange particularly in the COVID-19 era.

Kudla maintained that the challenges the youths are facing today are a result of poor engagement in gainful employment, which has resulted in rural-urban migration, insecurity, unrest and food insecurity. 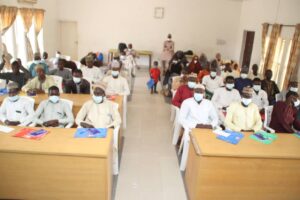 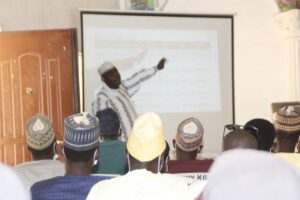 He said, “We all know that over the past years rice has become one of the leading staple food in Nigeria and the consumption has increased faster than the production, resulting in the growing dependence on imports”.

Describing the empowerment given to the farmers as ” the best”, Yamani said assured that production will increase, urging the beneficiaries to make the most of the programme.

Managing Director KNARDA, Dr. Junaid Yakubu Mohd, who also present, said the initiative will boost agricultural activity not only in terms of rice farming as the training cut across production, processing and marketing.

The farmers who were beneficiaries extended regards to the Minister of Agriculture, assuring that they would use the knowledge and inputs received judiciously. 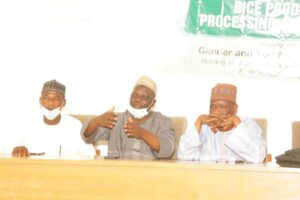 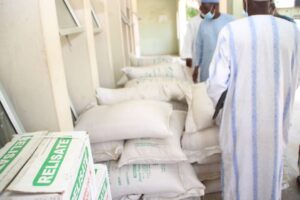