The development, FG added, would also help to enhance nutrition and increase internally generated revenue of the farmers.

The Minister of Agriculture and Rural Development, Alhaji Sabo Nanono made this disclosure when he received his counterpart from the Ministry of Water Resources, (FMWR), Engr. Sulemain Adamu and his team on Tuesday. 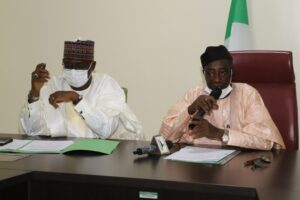 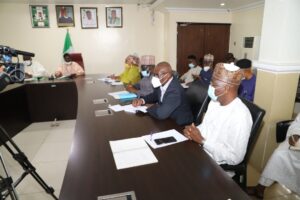 Nanono noted that the visit was aimed to strengthen collaborations between both ministries to develop agriculture, particularly dry season farming.

According to him, ‘’water is key to agriculture and to sustain water supply essentially all-season farming, there is every need for effective collaboration and synergy between the two ministries

“There is need to identify potential areas for the development of more irrigation schemes to raise crops, livestock and take note of timeline operations to promote irrigated agriculture in each of the six (6) Geopolitical Zones of the country for wealth, job creation and attainment of food security and nutrition”, Minister added.

To work out the synergy, Nanono said that both Ministries will set up a Steering and Technical Committees that will ensure proper framework and guidelines towards achieving set targets for the project in line with Mr. President’s economy diversification policy.

On his part, Adamu emphasised the commitment of his ministry to support FMARD in any capacity to realize food security. 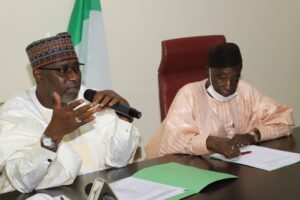 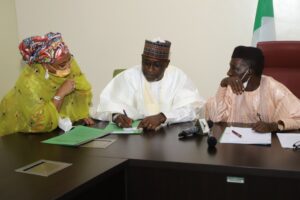 In his words, “FMWR is committed to providing adequate water supply during the dry season farming to ensure food security in the country and will support in terms of provision of access water in rural areas for crop and livestock development across the nation”.

Adamu, who noted that the development of a positive attitude was needed to bring about positive results, therefore, called for more commitment by key players to achieve desired results. 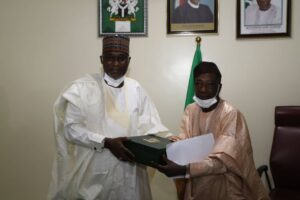 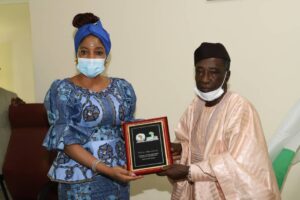