The Nasarawa State Government said it has attracted N10 billion investment from the Central Bank of Nigeria (CBN) under the Anchor Borrowers’ Scheme to boost rice production in the state.

The project will be executed in partnership with the Rice Farmers Association of Nigeria, RIFAN, the state government revealed.

Nasarawa State governor, Engineer Abdullahi Sule, made this known when he flagged off the sales of fertiliser and other agricultural inputs for 2021 raining season farming, at Andaha, in Akwanga Local Government Area, on Thursday.

AgroNigeria gathered that fertilisers, sprayers, improved seeds and assorted agrochemicals among others were the items unveiled for sale. 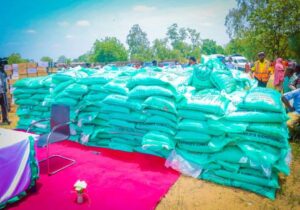 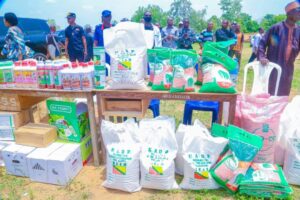 In his remarks, “I am happy to inform that Government has already concluded plans in collaboration with the Rice Farmers Association to attract investment of a whopping sum of N10 Billion to assist rice farmers in the State under the CBN’s Anchor Borrowers Programme,”

Sule also emphasized the need for the government to take deliberate steps to evolve means of improving the internal revenue generation capacity.

Until the state can exploit its agricultural potentials properly, Nasarawa may not be able to generate the desired employment for the teeming populace, as well as create wealth for the wellbeing of the society, the governor noted.

Sule, however, restated the commitment of his administration to leverage the agricultural potentials of the state for the overall benefit of the people. 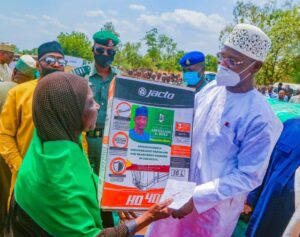 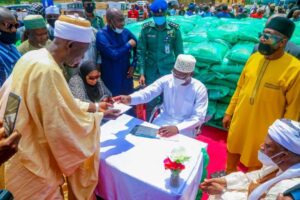 In this regard, the governor added that the state government had recently hosted some important visitors which include the Minister of Agriculture and Rural Development, management of the National Centre for Agricultural Mechanization, chief executive and management team of the Institute for Agricultural Research, chief executive of Dangote Group of Company and the Governor of the Central Bank of Nigeria, among others to forge partnerships that breed prosperity.

Sule also issued warnings against any attempt to hijack the sales of the fertilizer and other farming inputs, noting that violators will be made to face the wrath of the law regardless of their status in the society.

“I should also caution individuals and groups against purchasing the commodity and selling to farmers at exorbitant rates,” he said.

The Governor, therefore, urged the coordinators at various levels to ensure remittance of sales to the designated bank account, adding that any misappropriation will be meted with appropriate sanction. 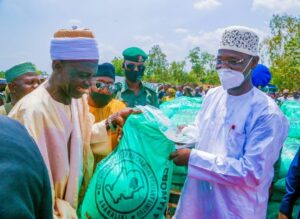 Nigerians Need to Consume, Export What They Produce – Emefiele