The Kebbi State Government has underscored the importance of private sector participation in achieving food security for the nation.

Governor of the state, Abubakar Atiku Bagudu, made this known during his recent visit to Kitari Fish Farm, located at Sabon Gari Jika in Bunza Local Government Area on Sunday.

Bagudu explained that the on-site visitation was part of the sustained efforts of his administration to ensure the promotion of various agriculture value chains like fish production in the state. 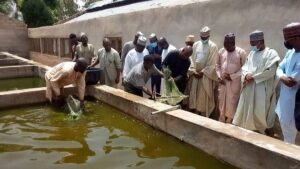 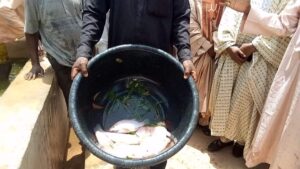 Bagudu noted that he was delighted with the big fish ponds he saw at the farm which was at its first phase of development.

The governor further encouraged private sector players to invest massively in agriculture assuring them of the government’s support.

On the other hand, the Proprietor of the Farm, Alhaji Abbas Umar Bunza, explained that various species of fish are being bred inside the fish ponds in the farm.

He noted that since he started production, people from within and outside the state had been patronising the farm.

Contributing his quota to job creation, Bunza divulged that he had trained many youths on fisheries for them to become employers of labour when they set up their fish farms.

It was gathered that the fish farm which started over a year ago with five fish ponds has commenced the construction of additional five new ponds. 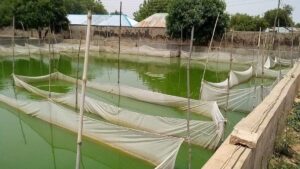 FG Unveils Verified Scale for Sale of Yam Tubers, Others