The Minister of Agriculture and Rural Development, Alhaji Sabo Nanono has disclosed that the activities of the Federal College of Agricultural Produce Technology, Kano would be investigated.

The Agric Minister made this known during an impromptu visit to the College on Monday. 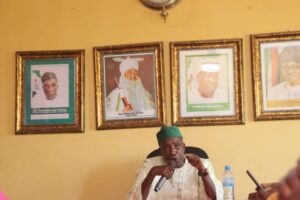 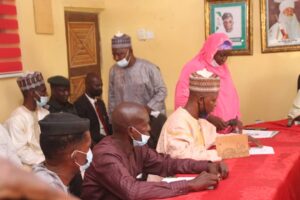 Nanono, in a statement signed by his Technical Adviser on Media, Ahmed Aminu, expressed displeasure at the nasty occurrences at the College.

The situation, according to the Minister, had caused factions in every arm of the institution, which has retarded the smooth running of the academic and administrative functions of the school.

“Minister Sabo Nanono is unpleased with the unsavoury happenings at the College which give rise to rancor, bitterness and discord among staff, management and even members of the Board of Directors,” the statement read in part

It was recalled that the Chairman and Members of the Governing Board, Provost and Registrar of the institution were all suspended on 30th April over rising crisis within the management.

This was revealed by the Executive Secretary of Agricultural Research Council of Nigeria (ARCN) Prof. Garba Hamidu Sharubutu while speaking to the newsmen on the development.

Nanono also noted that the mandate of the College in the areas of Extension Services, Laboratory and Horticultural Technology cannot be achieved with the current disharmony within its governing board.

This by extension, he said, would harm the nation’s agricultural productivity adding that he would not sit back to allow the strife to continue unchecked at the College.

The Minister, therefore, authorised that an Administrative Investigative Panel be instituted within the week to probe the activities at the College to decisively deal with those thwarting its smooth running, no matter how highly placed they are.

AgroNigeria gathered that the Minister was in the company of his entourage including; Prof. Garba Hamidu Sharubutu, Executive Secretary, ARCN; the Acting Provost of the college Dr. Halima Moudupeore Alimi; Management Staff, Heads of Departments and Leaders of staff unions.

The post Nanono to Probe Activities of Agric College in Kano appeared first on AgroNigeria.

Zulum Distributes Inputs to 1,200 Farmers Ahead of Dry Season Farming

Food Inflation Rises by 17% in One Year- NBS